Last weekend I took a day off to visit the Lily trial at Wisley, they are doing not bad, look at this for a shoot on one of our LOOT hybrids. makes me wonder how tall it's going to get, maybe 3m plus, will find out in July. 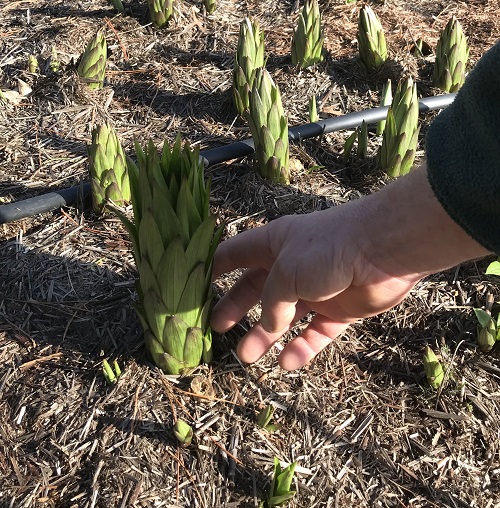 During this year (2019) we are building a new nursery, 100 acre site, 60 acre Bluebell wood, two barns, one of which is this ancient 'pole barn', built with ships timbers. 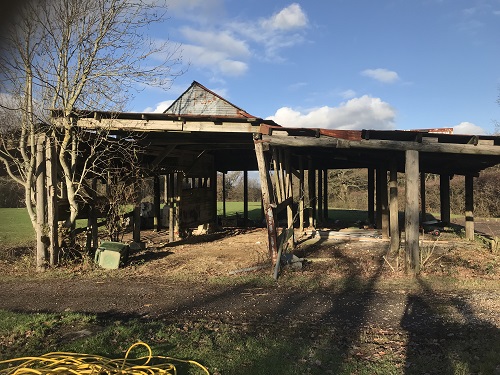 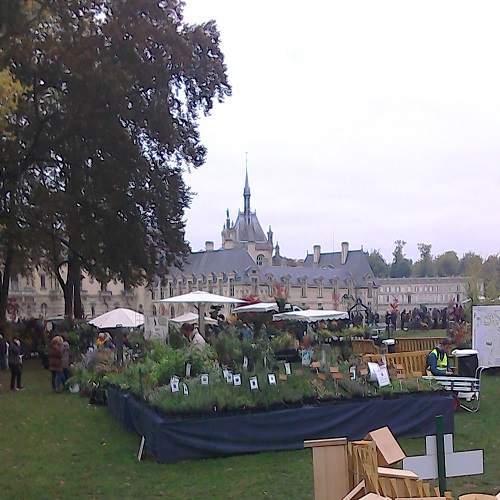 Every year we make the short hop across the channel to exhibit at Chantilly. This show is a must for anyone looking for top quality plants, many of which you never see in the UK. Nurseries from all over Europe flock to it, bringing the best they have. We say it's a short hop because it really is, only some two and a half hours from Calais. Unlike UK shows it is not stiff and regimented, often filled with 'tat', it is a true gardeners delight. Tickets are inexpensive, parking is free, plus entry to the Castle is included in the price, which by the way houses the second best art collection in France. For somewhere to stay you can take your pick, from 5 star hotels to homely B and B's. We stayed in a delightful local village some 7 Km away, where we were served good food and made to feel at home. During the show we meet visitors from many different Countries, one of which was a reporter from The Telegraph who has since written an article about it.

The 'Chelsea Plant of the Year' competition 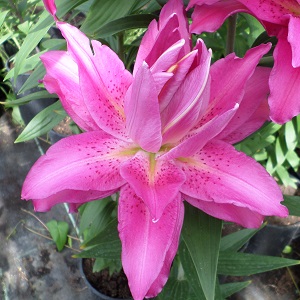 The 'Chelsea Plant of the Year Competition' was first contested in 2010, since then it has been run every year. Exhibitor's in the floral marquee can enter as many new plants as they wish, but only the top twenty are selected to go forward for the award. In 2010 we had planned to enter Lily Allen , but we missed the deadline !

For 2012 we decided to only enter two varieties : Martagon Bethan Evans and Cream Tea, both were voted into the top twenty.

2013 again two varieties : Zirconia and Sweet Desire, result, both were voted into the top twenty.

Our contestant for the 2014 competition  : Jennifer Evans , voted into the top 20.

The Prince of Wales visits our 2013 Chelsea exhibit 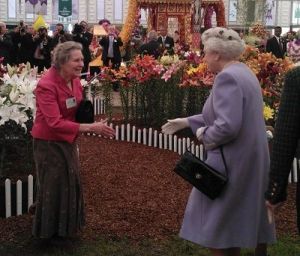 At this years Chelsea flower Show we were awarded our 8 th 'Chelsea Gold Medal and ' The Queens Diamond Jubilee Award' for the best Exhibit in the Grand Pavilion. Sarah received the award from The Queen on the Monday afternoon, a great honor. Here at H W Hyde & Son we take great pride in being the UK's top specialist Lily growers. Every year we run trials of the very newest varieties of both Lilies and Tulips, only the very best of these get included in our catalogue, Tulips bulbs and martagon lily bulbs are supplied in the Autumn. Most other varieties of Lilies are supplied in the Spring

During the year we exhibit at the top flower shows in the UK and our displays are made from flowers grown at our own nursery. So far we have a perfect record at the World famous 'Chelsea Flower Show', winning gold every time. 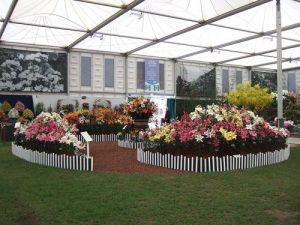 After 13 Gold medals in as many years, we have decided to take a break from the Chelsea flower show to concentrate on building our new Nursery, we will be back, better than ever !!!