H.W.Hyde was founded in 1926 by Herbert William Hyde (pictured alongside), in the early year's Herbert used to grow mainly vegetables and a few flowers, during the Second World War the land and most of the greenhouses were used to produce vegetable seeds for the War effort, just one greenhouse was kept for His passion (which was Orchids). Now we're geared more towards lily bulb growing. 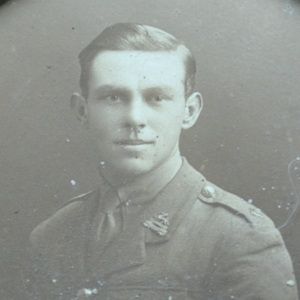 After the War, His Son David joined the business and together they concentrated on growing mainly cut flowers, with Chrysanthemums and Gladioli being the main crops, Herbert used to display these at County show, until His death in 1965, after which David stopped showing and concentrated on the cut flower side of the business.

The Nursery is currently run by David's three children, Sarah, Richard and Elizabeth, gone are the Chrysanthemums and Gladioli, nowadays the Nursery specialises in Lilies. In 2005 the current owners decided to follow in their Grandfathers footsteps and start showing again, this they have done ever since.

Our new nursery is situated just out a small village called Rusper in West Sussex, it is situated 1 mile from the A264. Plants and bulbs can be collected by appointment. Full details are given on our contact page.

Last updated: over a year ago